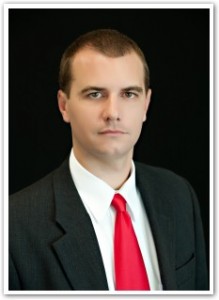 Andrew Mark Freiberg is a Circuit Court Judge,Part III, for criminal matters in the Tenth Judicial District in Tennessee, covering the counties of Bradley, McMinn, Monroe, and Polk. He was elected to the court on August 7, 2014, and sworn into office on August 29, 2014. His current term expires in 2022.

From 2004-2011, he was Prosecutor in the District Attorney’s Office, 10th Judicial District, Tennessee, and from 2011-2014, prior to his election, he was a litigation attorney in the firm of Chancey, Kanavos, Love & Painter in Cleveland, Tennessee. In 2009 through 2011, he also served part-time as an Adjunct Professor in Tennessee Wesleyan College